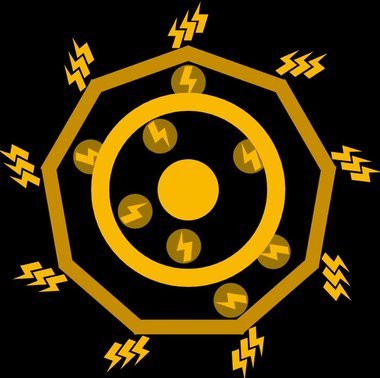 Members of the Akademia, join the production projects every three months.  We also organize casting and receive spontaneous applications of artists that would like to join us.

In holistic algorithmic learning, we utilize the math of proportions of nature (Matrix-Q Method) as a language for our creativity.

Nature-inspired ancient cultures & civilizations; and the emerging global civilization of the future.

The practice of performing arts, in forms of dance, color, sound, and geometry, for both solo or collective creativity, inspired by nature, creates balance in life and in combination with the Matrix-Q Method, algorithmic creativity, produces a wonderful effect in human consciousness, emotional intelligence, empathy, creativity, learning and adaptation capacity. Practiced by observing the 9 primordial principles of happiness, health, and joy (Matrix-Q Method), it enables work-life balance, quality time, community resilience, and happiness at work.

We create bridges, connecting the past, present, and future

Nature-inspired knowledge, technology, and arts of ancient cultures and civilizations motivate our search for a universal language of peace and creativity, that brings nations, cultures, and people from all walks of life, colors, and beliefs into one single and diverse expression of humanity.

Purpose, and service-driven creativity, aiming to contribute to the acceleration of our planet back to a sustainable future.

Or schedule time with us for Q&A https://calendly.com/matrix-q-solutions/15min-session

Matrix-Q Method: On-demand courses (you need to contact us, to schedule the training or workshop you prefer)

Please contact us for a demo session, intake, or capacity assessment 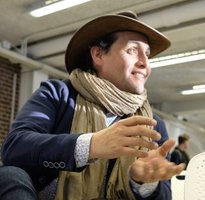 By integrating role play, simulations, and games, into performing arts, and holistic practices for health prevention, leadership and entrepreneurship skills development, Luis transformed his practice of arts, into a valuable contribution to both entrepreneurs and leaders, engaged in sustainable living.

Luis has always included therapeutical practices with arts, in his leadership and entrepreneurship training and coaching services. With the vision that arts (creativity and self-expression), learning, and health, are together one single holistic human experience.

Starting from workshops in which musical instruments and sensory awareness of body and emotions, will challenge students to create a harmonic collective experience of sound, even if they had no experience of playing music. The same applies to the use of voice, sound, storytelling, and dance improv.

Luis has also utilized role play for coaching and training.

Taking courses in arts, color, dance, education, and health, with a holistic mindset since 1991.

In 1996 an itinerary body art exhibition in SouthAmerika inspired Luis to explore multidisciplinary performing arts integrating media and body art. He will year later create a workshop (the 9 Rooms atelier 2005) in which a therapeutical and self-exploration experience will be provided to the attendees. The Sensory-body Painting method as he named it will be later the main workshop provided by him at the World Bodypainting Festival Akademia until 2014. Luis creates workshops in which dance improv., storytelling, music, and dance are combined.

In 2007 Luis integrates a new art form into his repertoire,  martial arts. As an art form integrated to the military, and later into circus arts, it has created a version of performing arts that goes from great discipline and skills for self-defense and sustaining life, to the more functional use of the art in the military. As well in the form of circus arts, it demonstrates that peace, war, and creativity can be played on stage in one single form, telling the stories of the culture of all times.

The same applies to the art of yoga, a conscious movement, with the purpose of experiencing or exploring a state of integration with the source of oneself within own heart.

Luis has completed research on martial arts, yoga, and dance of several traditions, and translated them with his algorithmic methodology into one single universal language based on geometry, color, and frequency.

Since 2007 Luis produces digital art, including music and painting. Since 2011 Luis is active at storytelling, improvising with friends, gatherings around the fire, and while abroad traveling. For 2014 Luis Multidisciplinary archeology expedition in Russia, motivated him to organize conversations for peace in Europe and Nordic Countries. Finland recruited a multidisciplinary team of artists to produce a performance for peace.  Which will be delayed for one year, while Luis moved out to the Netherlands.

From the Netherlands Luis has been slowly creating a new school at the Matrix-Q Akademia, dedicated to multidisciplinary performing arts with a focus on creating valuable messages in the field of sustainable development, SDG's, global, social and local pressing issues.

Along covid-19 pandemic Luis developed a new system for improvisation and creative design of choreographies that can be played online, with a gamified system. He started casting, and recruiting of artists again in 2022

© Copyright All Rights Reserved by